Posted on May 22, 2014 by Sebastian 14 Comments
The Yaesu FT-8800 and FT-7900 are very popular radios. For some activities, it may be desired to be able to transmit outside of the amateur radio bands. This article will show how to do this modification with minimum effort at home.

The mod itself is very easy. It simply consists out of removing a surface mount resistor and power-cycling the radio. The first step is to remove the top cover of the FT-8800. The speaker can be disconnected for more room, but in my case, I didn’t think this was necessary. 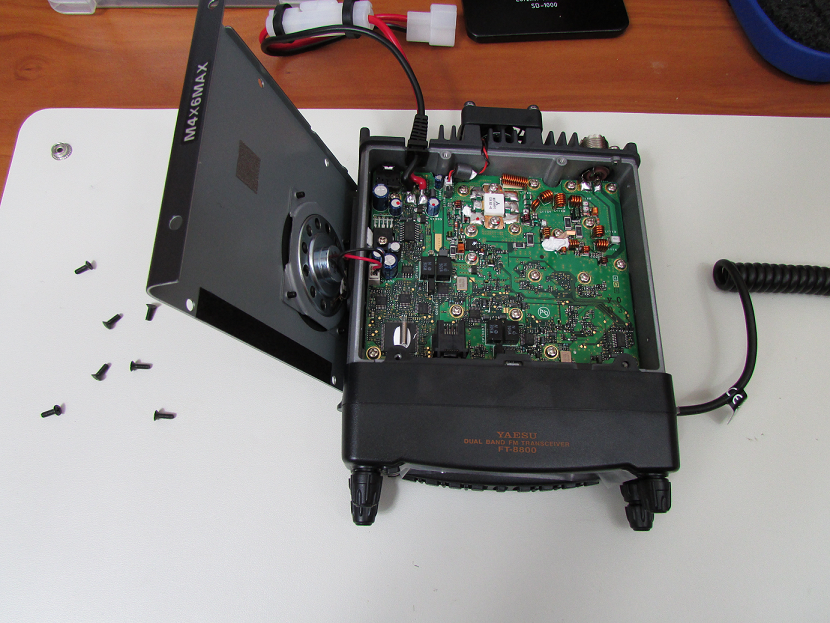 The second step is to identify the correct resistor. Be sure to double and triple check that you are removing the correct part. The following picture shows the exact position of the SMD resistor. Click on it to see the super large version. 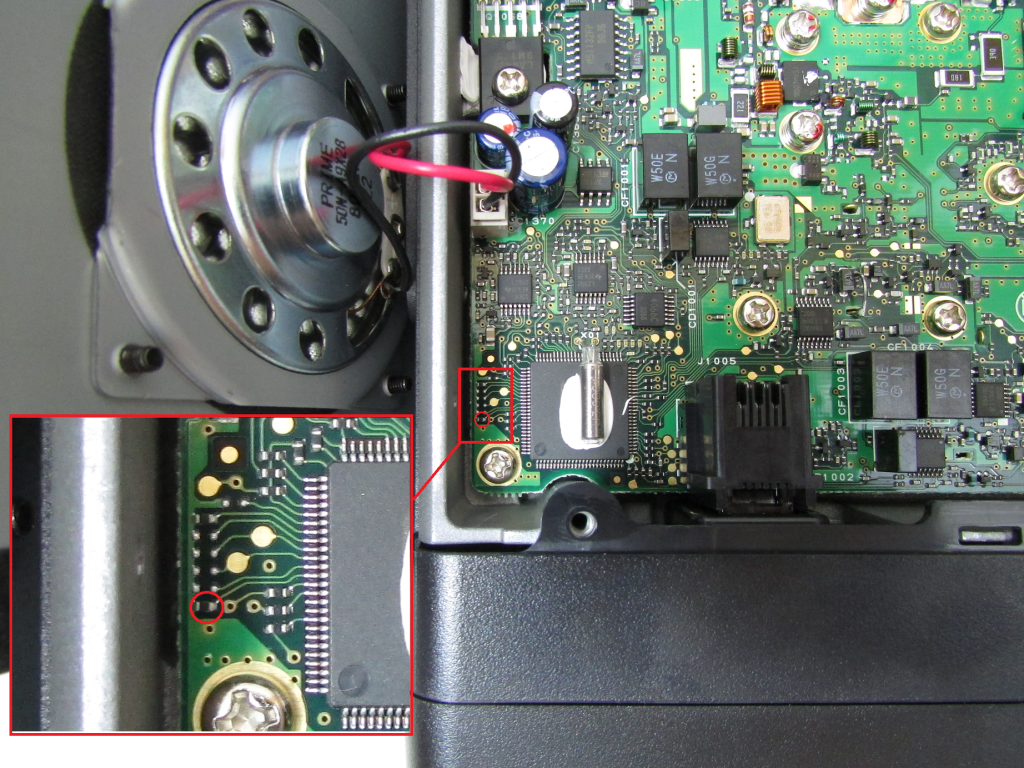 Once you have identified the resistor, remove it. This can be a bit tricky if you don’t have the right soldering tools. A desoldering tool is certainly helpful, but different people have different ways of performing such tasks. One way is to add a small blob of solder to one side of the part and rely on heat transfer within the tiny part to get both sides loose. Some people just cut the resistor with pliers or a scalpel. The latter option can however damage the PCB and the traces.

After this step is completed, reassemble the radio and apply power. The radio will automatically perform a reset and will be able to transmit. 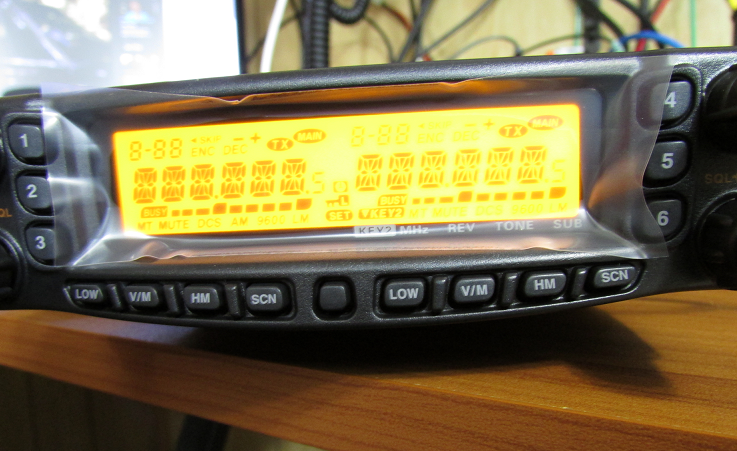 I also postet a video showing this modification on my YouTube channel: